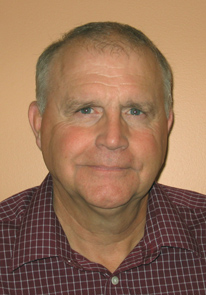 I am an archaeologist with wide-ranging research interests in eastern North America. I am particularly concerned with the development of early horticultural societies and the subsequent “chiefdom” level Mississippian polities. I also have some specific interests in lithic technology and lithic resource utilization. Geographically, my work has focused on the southern Midwest and Midsouth, particularly in southern Illinois and the lower Ohio Valley. I also pursue research in the islands of Micronesia in the western Pacific. I have done work in Palau and the Mariana Islands, but my efforts have chiefly focused on the Marianas where I have examined questions of initial settlement, coastal ecology and island adaptations, as well as ceramic technology.

2009   Land Between the Rivers: The Archaic Period of Southernmost Illinois. In Archaic Societies of the Midcontinent, edited by T. E. Emerson, D. L. McElrath, and A. C. Fortier, pp. 608-634. SUNY Press, Albany.

2000   (Brian M. Butler and Mark J. Wagner)  Land Between the Rivers: the Late Woodland of Southern-most Illinois. In Late Woodland Societies: Tradition and Transformation across the Midcontinent, edited by T. Emerson, D. McElrath, and A. Fortier, pp.685-711. University of Nebraska Press, Lincoln.

1991    Kincaid Revisited: The Mississippian Sequence in the Lower Ohio Valley.  In Cahokia and the Hinterlands, edited by T. Emerson and B. Lewis, pp. 264-273. University of Illinois Press, Urbana.

1994    Early Prehistoric Settlement in the Mariana Islands, New Evidence from Saipan.  Man and Culture in Oceania 10:15-38.